Why Do Chefs and Bakers Prefer French Butter?

If you’ve recently taken a stroll down the dairy aisle of your local market, you might have noticed the bounty of options crowding the shelves in the butter section. There are labels that read salted and unsalted, margarines made with a disconcertingly long list of ingredients, plant-based alternatives and butters imported from around the world. So what are you supposed to grab if you simply want butter that’s going to elevate anything you cook or bake.

You can’t go wrong by following the lead of people who make really, really good food for a living. When given the choice, professional chefs and bakers almost always prefer to use European butter imported from France. The simple explanation is that it’s more flavorful than other types of butter. The reason why that’s the case, however, is a slightly longer story. 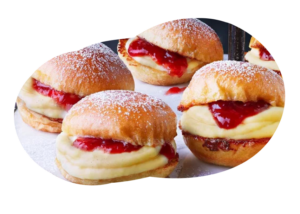 Butter has been a staple in the French diet for centuries—almost as long as cows have lived in the region. You can see the results of this rich relationship when you look at some of France’s oldest and most iconic recipes. The five French Mother Sauces, in particular, illustrate just how much French cuisine relies on butter.

First developed in the 19th Century, these sauces revolve around butter in some capacity, usually in the form of a roux. A simple mix of flour and butter, roux is the building block of the French Mother Sauces (and pretty much all of French gastronomy.) Pair it with dairy and you get béchamel. Combine roux with a white stock (chicken, vegetable or fish stock) to prepare velouté or brown stock (veal or beef) for espagnole. The final two mother sauces, tomato and hollandaise, also incorporate butter to get their rich flavor.

Given the composition of these sauces, it’s safe to say that it’s impossible to imagine French cuisine existing (let alone becoming a symbol of excellence around the world) without butter. Although, you don’t need a PHD in gastronomy to realize how much the French care about butter. One bite of a fresh and flaky croissant should do the trick. 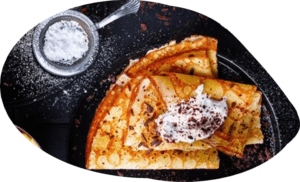 Okay, so it’s clear that the French have been passionate about their butter for a while now. But what makes European and French butter different from its American counterpart? The biggest factor is the fat content. European butter has at least 82% fat while American butter only needs to reach the 80% threshold set by the USDA.

That might not seem like a huge gap, but it’s the key to what makes French butter a favorite among chefs and bakers. They know that more fat means less water which leads to more flavor. French butter is also cultured, lending it a tanginess and richer, deeper flavor profile. Whether you’re using butter to sauté a steak or make these Madeleine Cookies, French butter is basically a cheat code for giving your food more flavor.

Even if you’re adding butter after you’re done cooking, French butter still stands out because that extra fat content makes it creamier and easier to spread on toast, pastries or (for anyone wanting to stick close to the French theme) crepes. You can elevate traditional crepes with this salted caramel butter—not one of the Five French Mother sauces, even though it should be.

It’s important to note that you don’t always need to add butter to a completed dish. If you use French butter to make this Classic French Brioche, for instance, it will be perfectly flavorful as soon as you pull it from the oven.

How to Spot Real French Butter

Now let’s go back to the dairy aisle of your market. If you decide that you want to see what the fuss is all about, and taste the difference that extra fat and cultures can make, you should scan the labels looking for butter imported from France. Don’t just look for a brand name that sounds vaguely French. There are plenty of imitators, but only butter made from French dairy can help you raise the bar for quality in your kitchen.